10 THINGS TO DO IN PALERMO, SICILY 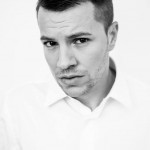 Christian Stan, at 3 Nov. 15, in News, Our experiences, Travel Specials

After decades of Mafia domination, Sicily’s chief city is re-emerging as one of Europe’s great capitals. This dazzling city presents intriguing contrasts, from elegant, middle-class shopping quarters to the ancient and enchanting old city, divided by winding alleys lined with noisy outdoor markets. Here are the best 10 things to do in Palermo according to Travel for Senses. 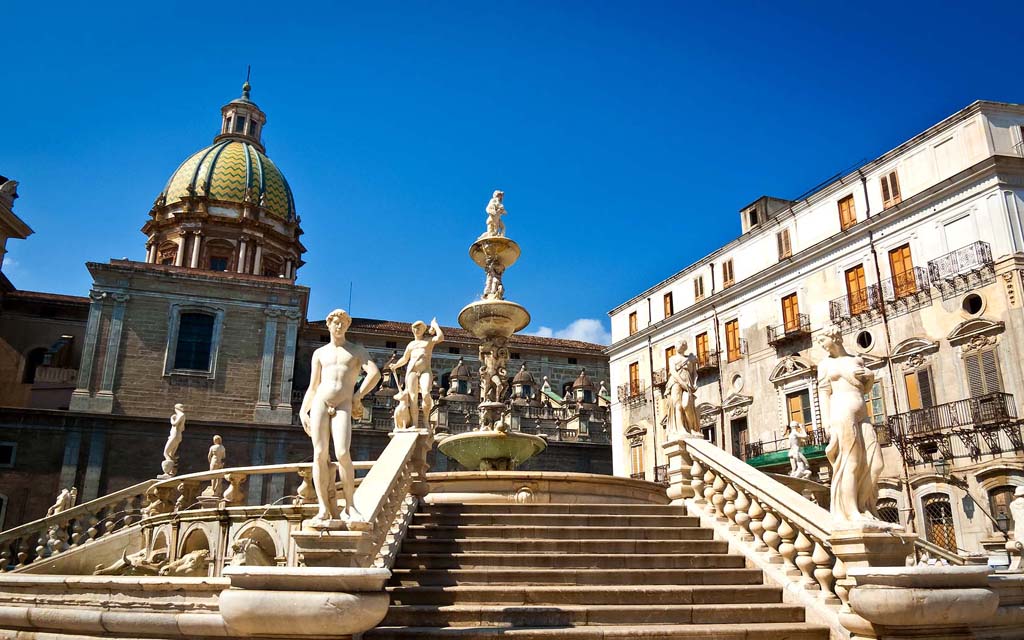 Once the intellectual capital of southern Europe, Palermo has always been at the crossroads of civilization. Favorably situated on a crescent bay at the foot of Monte Pellegrino, it’s attracted almost every culture touching the Mediterranean world. To Palermo’s credit, it’s absorbed these diverse cultures into a unique personality that’s at once Arab and Christian, Byzantine and Roman, Norman and Italian.

We just got back from a nice vacation spent in Palermo, and here are out tips for getting to know the city in just a few days.

Like many buildings in Palermo, the Cathedral is characterised by a long history of additions, alterations and restorations, from the 1185 to the 18th century, which makes its style quite unique. 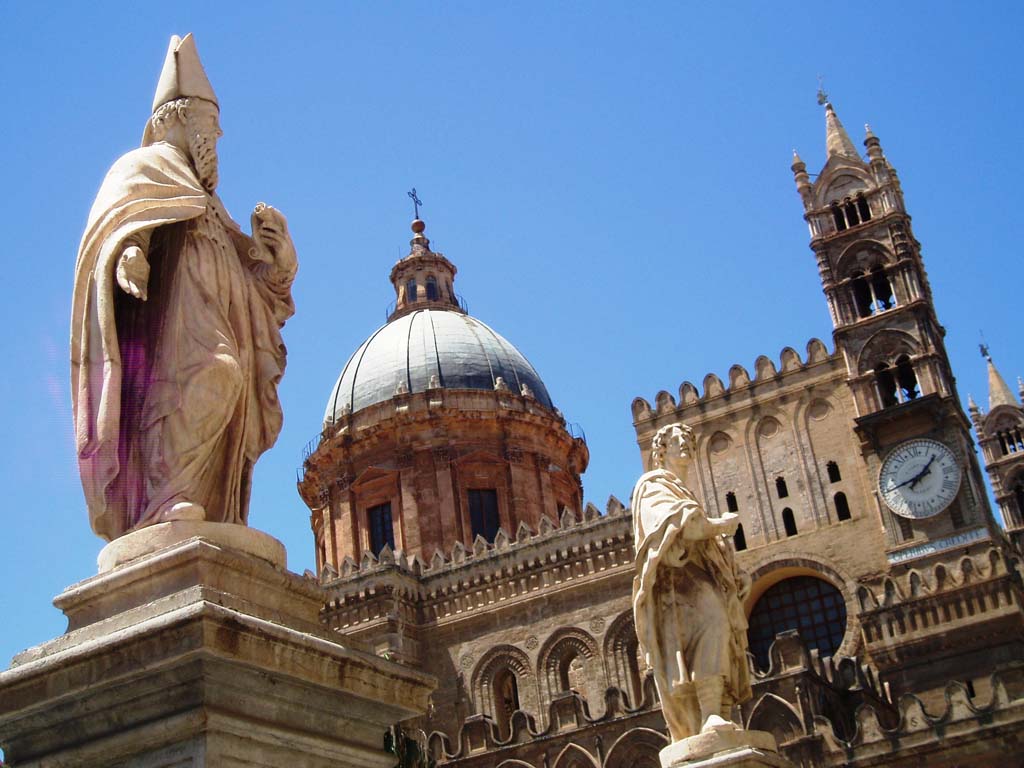 Don’t miss the amazing view over the city from the rooftop of the Cathedral. For this you will need a ticket that costs EUR 5.

2. Get ready for Opera at Teatro Massimo

You might remember it from the final scenes of the Godfather, or you might have heard of it for being the third largest opera house in Europe (and the first in Italy). Whatever your level of knowledge or interest, the beauty of this place is simply going to blow your mind! Guided tours are available every day 9.30am – 6pm for €8, but why not experience the theatre like a boss, by getting a ticket to an opera or ballet performance? 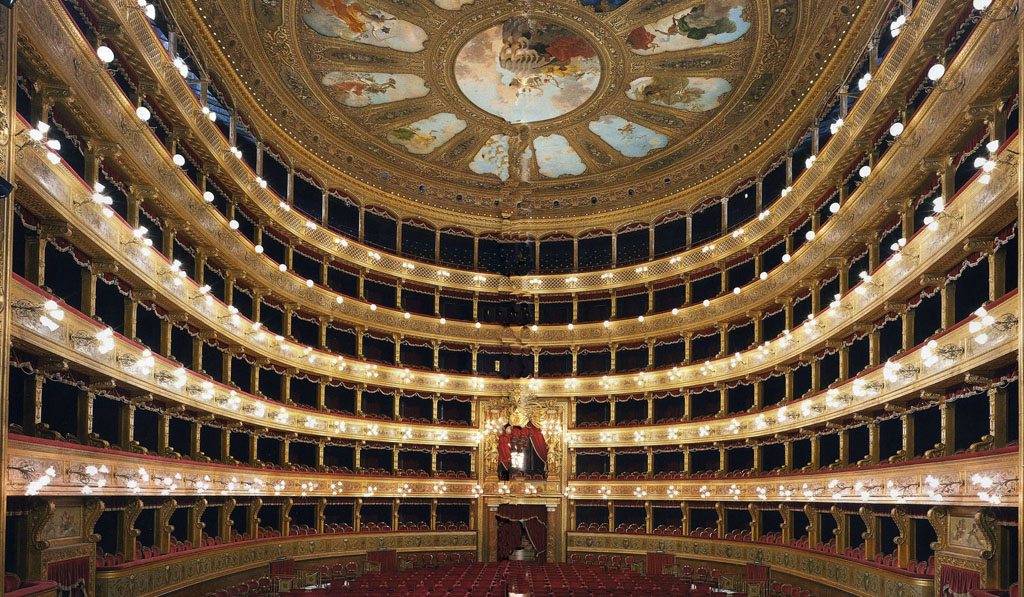 Here is the LINK so you can see the following shows and you can book your ticket in advance.

The Palatine Chapel is the royal chapel of the Norman kings of Kingdom of Sicily situated on the first floor at the center of the Norman Palace in Palermo. The chapel is a great symbol of multi-cultural cooperation. Craftsmen of three different religious traditions worked alongside each other. The texts in the chapel are written in Greek, Arabic and Latin. 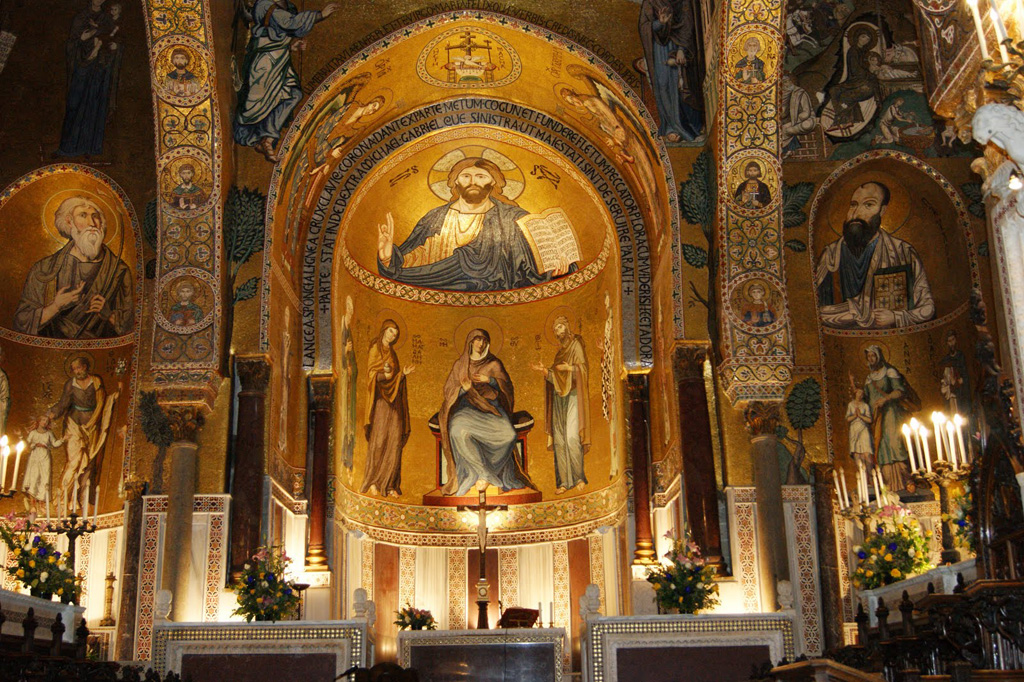 The ticket for the Palatine Chapel costs EUR 10.

The Capuchin Catacombs of Palermo are asomewhat macabre attraction for horror and history lovers. The place contains a naturally occurring substance that mummifies bodies, making it the perfect location for burials. You’ll find well-preserved dead bodies on shelves and walls. The area is divided into sections for nobility, priests and families. You will also find a perfectly preserved body of a little girl who died in 1982.

5. Have Cannoli Siciliani for breakfast, lunch and dinner

Cannolo is the singular, cannoli the plural. And, as I’ve recently learned, you should never say cannolis. The word means “little tube”, which in this case is a sweet, fried wafer, rolled up and filled with thick, white ricotta-based cream. Tube-shaped, filled with white cream; don’t let it spoil your enjoyment of the treat, but it shouldn’t come as a surprise to learn that cannoli were originally a symbol of fertility, eaten during Carnival. 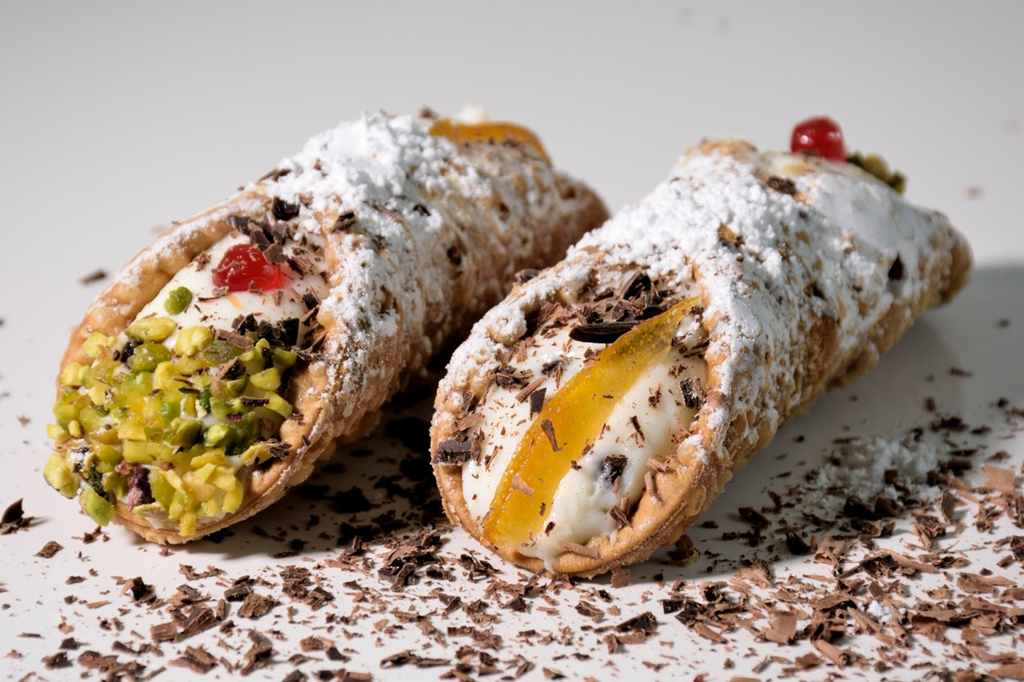 Cannoli are a sweet, fried wafer, rolled up and filled with thick, white ricotta-based cream.

Cannoli are insanely delicious, and it’s no wonder that they’ve become popular throughout the world. One of Palermo’s finest bakeries, Cappello, is located on Via Giosuè Carducci 22, very close to the Palatine Chapel.

Monreale is a historic hill-town just outside Palermo. It’s a picturesque place most famous for the fine mosaics in the town’s great Norman cathedral. Monreale is connected to Palermo by regular city buses and is an easy short excursion from the city centre. 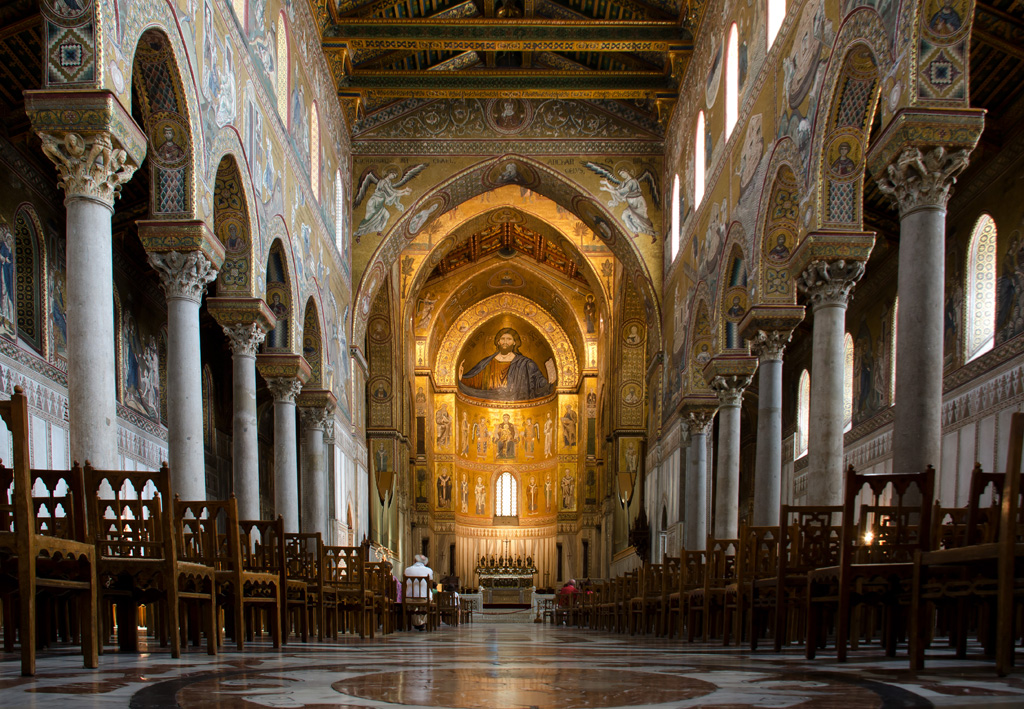 The cathedral and cloisters at Monreale are frequently cited as the island’s greatest Norman buildings.

The cathedral and cloisters at Monreale are frequently cited as the island’s greatest Norman buildings. They date to the twelfth century, when the Norman ruler William II, known as William the Good, founded a Benedictine monastery here; this Duomo was its abbey. In competition with the great cathedral being built down down the road in Palermo, Monreale’s cathedral was finished rapidly and extravagantly; William wanted this to be an important royal church where he and his successors would be buried, though these plans didn’t last beyond his own burial.

If Cefalú looks familiar, it’s because it should – the seaside town provided the back-drop to one of the most beautiful Italian films ever made, Cinema Paradiso. The 1988 classic was shot on location at various points around Sicily including Palermo, with Cefalú starring in several of the film’s most memorable scenes. 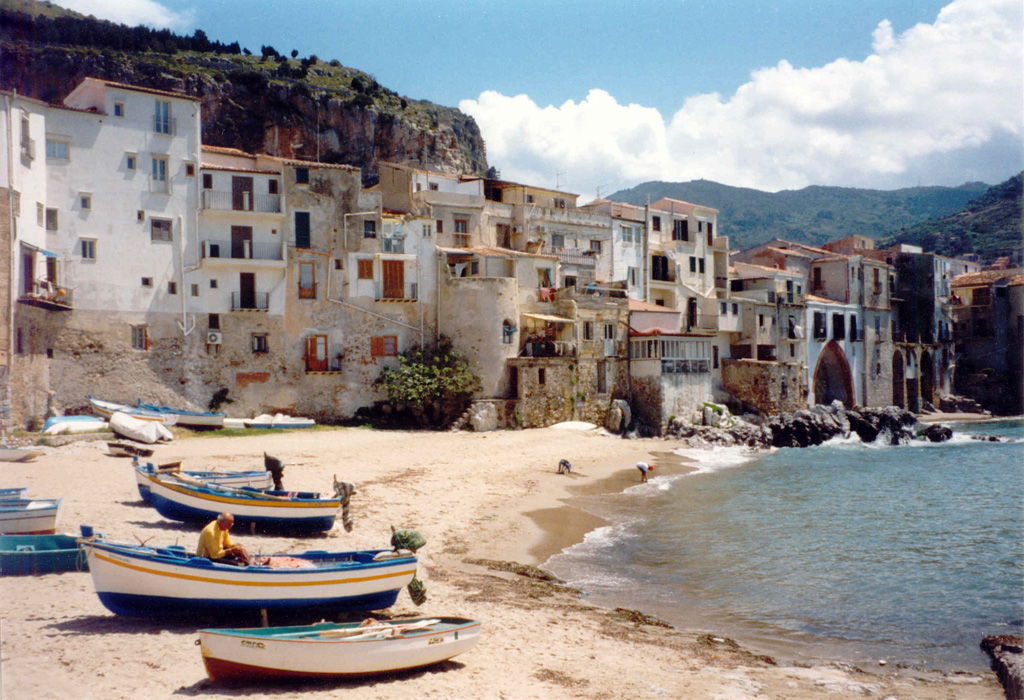 Cefalu is the back-drop to one of the most beautiful Italian films ever made, Cinema Paradiso.

The city hasn’t let fame go to its head though. Despite its scene stealing appearance, Porta Marina with its gothic arch still looks exactly the same as it did when Giuseppe Tornatore filmed a crowd of locals watching an outdoor projection of Ulysses in the rain.

In a world of selfies and tacky souvenir shops, Cefalú is a refreshing slice of authenticity that remains still largely undiscovered. But things may be about to change. Visit the stunning Norman-Byzantine cathedral. Along with the cathedrals of Palermo and Monreale, the church represents how Norman, Byzantine and Arab cultures coexisted in Sicily, working together, rather than against each other.

8. Valley of Temples near Agrigento

One of Sicily’s most famous historical attractions is without a doubt the Valley of the Temples, just outside Agrigento. 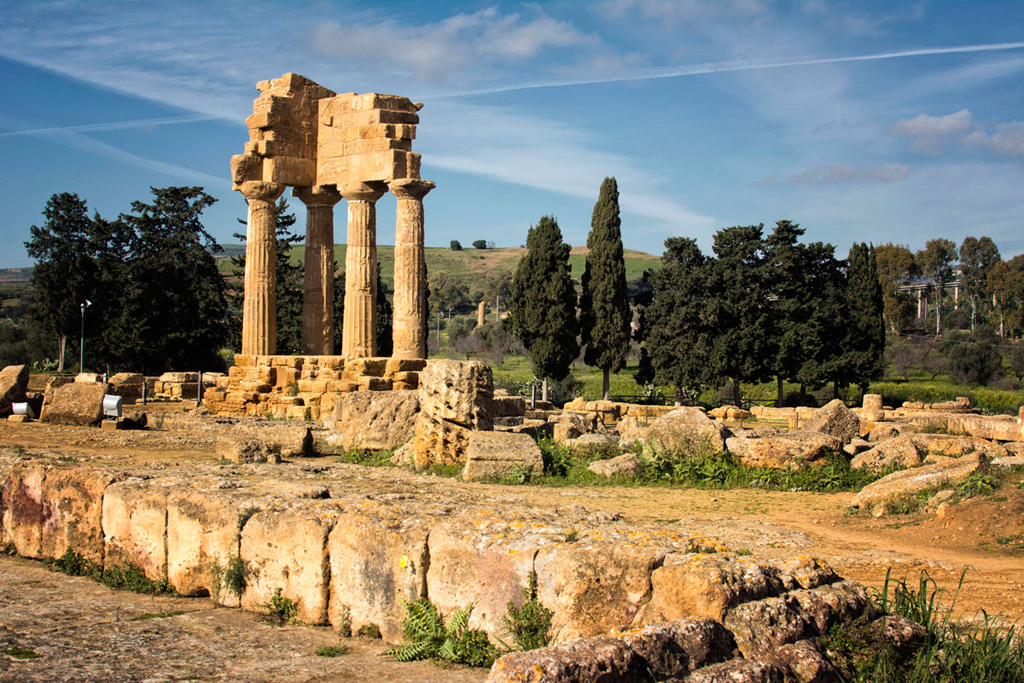 This splendid archaeological park consists of eight temples (and various other remains) built between about 510 BC and 430 BC. 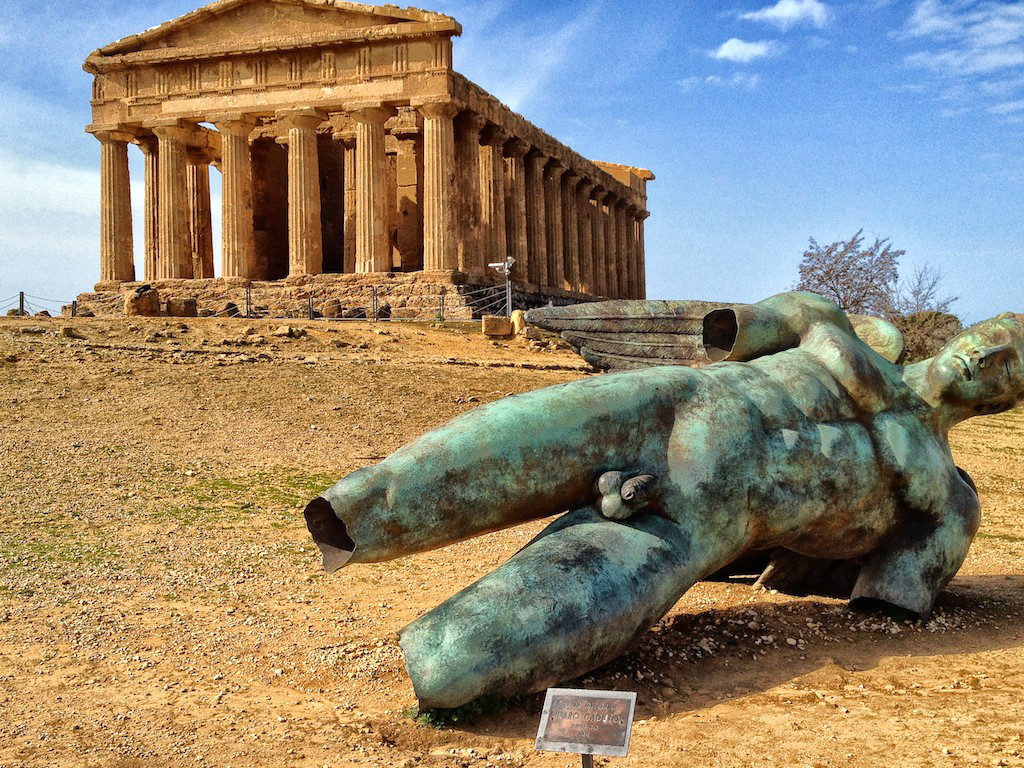 Ficuzza is a park, nature reserve and small hamlet in the mountains south of Palermo in the township district of (but not too near) Corleone. Ferdinando I of the Two Sicilies (the kingdom of Naples and Sicily) reigned from Naples but was forced to reside in Palermo on two occasions – during the Neapolitan republican revolution at the end of the eighteenth century and again a few years later during the French occupation of most of southern Italy. Ferdinando liked to rule, but he seems to have liked hunting even more. 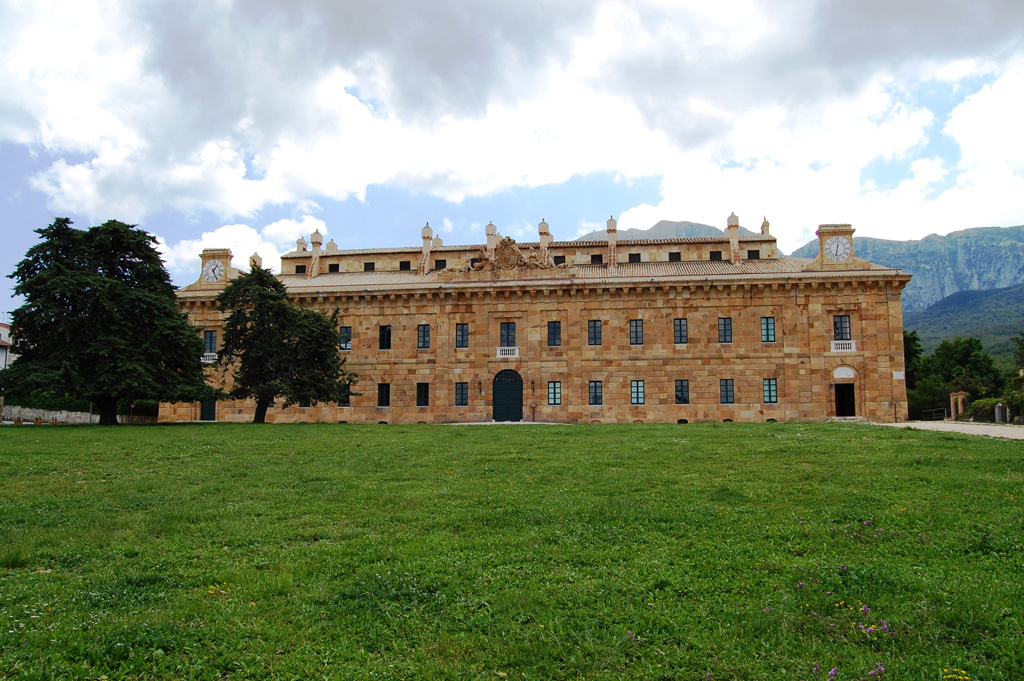 The hunting lodge of Ficuzza

Master architect Giuseppe Venanzio Marvuglia was commissioned to design two royal residences near Palermo, each in the middle of a hunting reserve. The Chinese Palace is a Chinese Revival style home just outside Palermo. At the same time, the hunting lodge of Ficuzza was built in a very simple, Spartan, classical Baroque style typical of English country halls of its period, with provisions for a wine cellar and a secret entrance used by the king to escape with his mistresses. local stone was used in the construction.  The extensive preserve is not generally open to the public except for a few areas, and the palace itself. Yet it is one of the most extensive parks in western Sicily, featuring a bird hospital and sanctuary, and a man-made lake (part of Palermo’s water supply) fed by the dimunitive Frattina River and various runoff streams. In recent years an effort has been made to re-introduce fauna that flourished in the park in the nineteenth century, including hare, boar and birds of prey.

While driving near Palermo take a few hours to explore also Corleone, the small village where Vito Corleone was born and raised here. In 1901, Vito escaped the village after his parents and brother were murdered by the local Mafia chieftain, Don Ciccio. Vito returned here in 1922, where he killed Don Ciccio in revenge, as well as eliminating his top button-men, Mosca and Strollo.

Corleone, the village where the mafia was born.

The town of Corleone is known as one of the hotbeds for the Mafia and, for many years, one of the main suppliers of Mafia manpower in the United States. Many of today’s mobsters, especially in the New York-New Jersey area, trace their roots back to Corleone. Take your time to visit CIDMA, Centro Internationale di Documentazione sulla Mafia.

Politeama is a classic hotel in the city center of Palermo just in front of Politeama Theater. It’s a comfortable 4 star hotel with cosy rooms and good rates, professional staff and a nice breakfast.

The modern lobby of Politeama Hotel.

The Politeama hotel has a parking garage service, close to the hotel with valet car service. Superior Double Rooms from EUR 250 for 3 nights.

The Grand Hotel Villa Igiea brings you a 5 star hotel experience in a sumptuous villa right on the Palermo coast, the historical capital of sun-soaked Sicily. The villa, restored by renowned Art Nouveau architect Ernesto Basile at the end of the 19th century for the Florio family, still has its original frescoes, decoration and furniture. 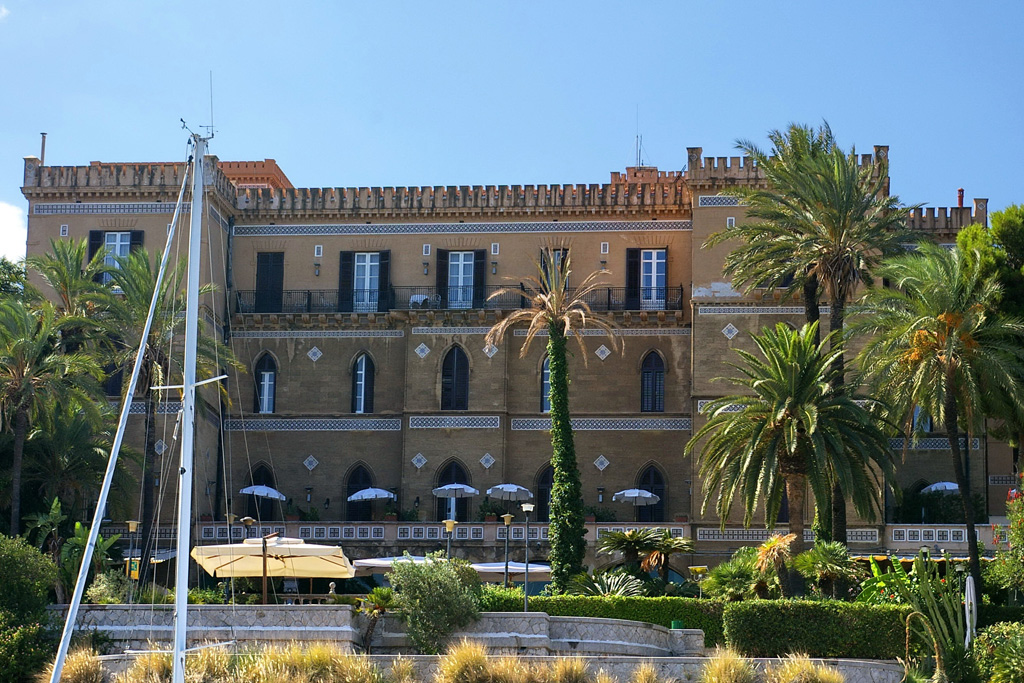 Doubles start from EUR 120 per night.

Cucina Papoff, located near Politeama Square, is one of the best restaurants in the city. We had to wait for 30 minutes to go in, and this on a regular Friday evening. Go with the pasta and the local white wine. 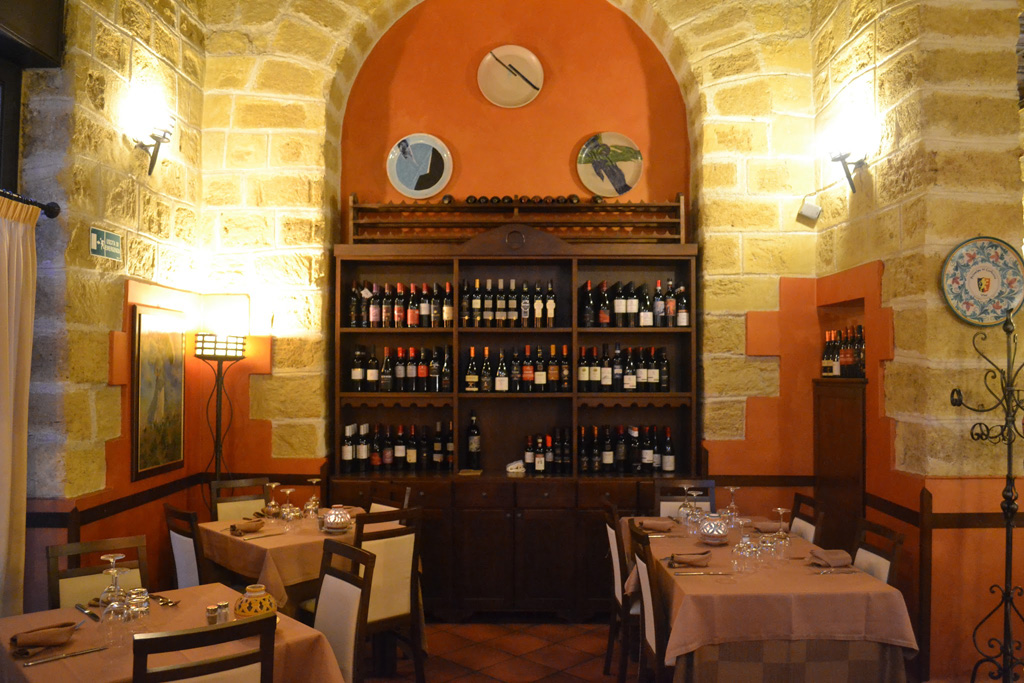 The decor is modern and minimalistic, yet warm and cordial. The food can be traditional, but trendy. They serve also pizzas, but the desserts are the best. The pistachio mousse with ricotta cheese was out of this world. 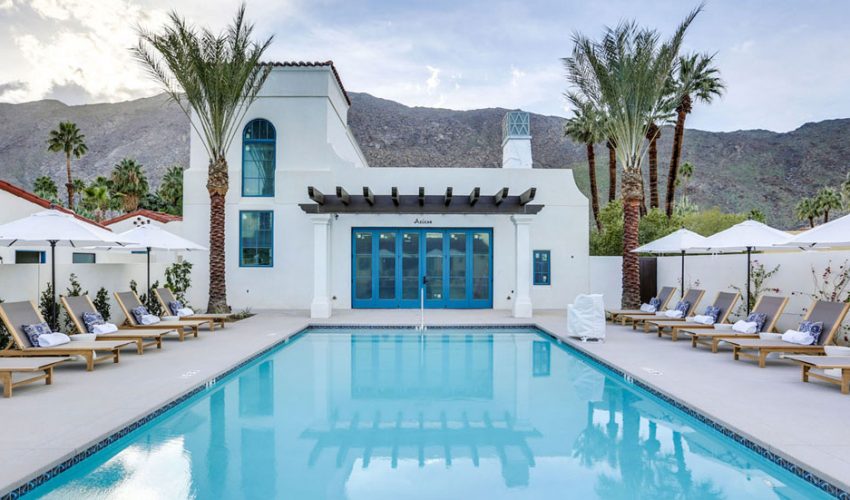 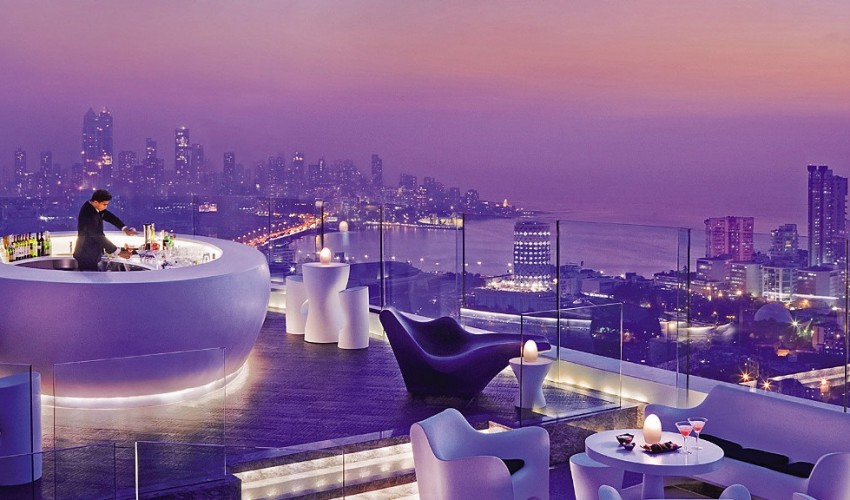 TOAST FROM THE TOP OF THE WORLD: DRINKS WITH A VIEW 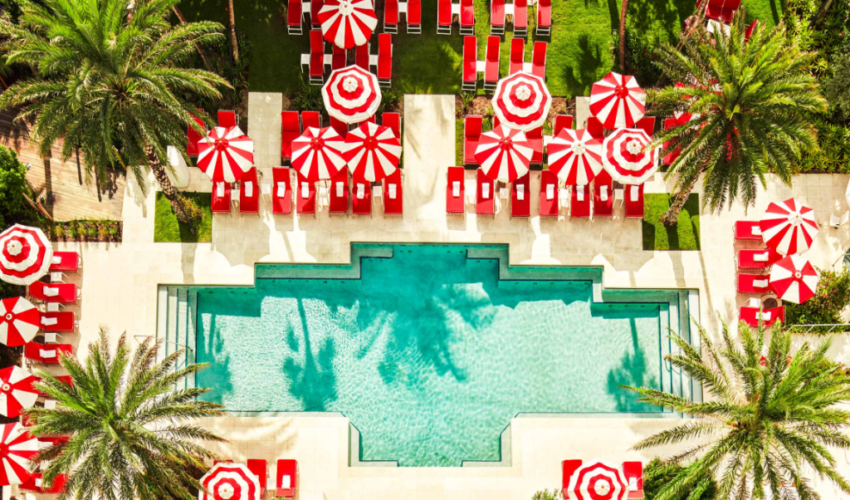 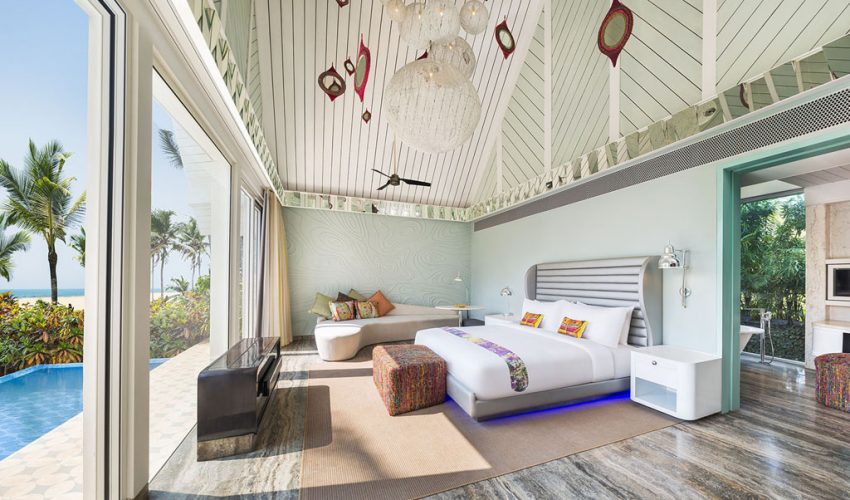 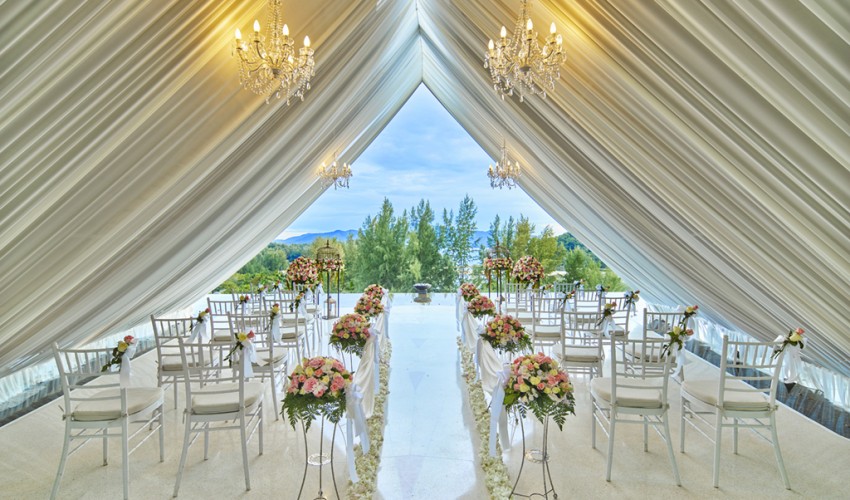 SAY “I DO” AT ANANTARA LAYAN, PHUKET 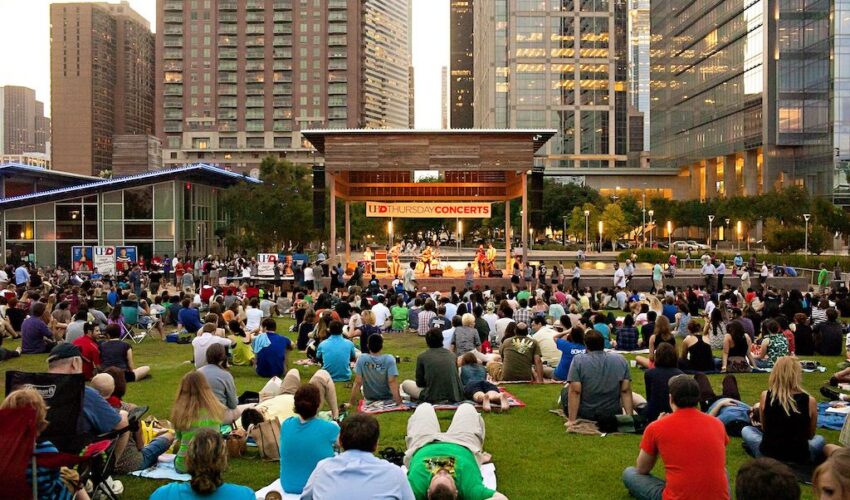 HOUSTON, A TAPESTRY OF CULTURES
A tapestry of culture, Houston's diversity is celebrated throughout the city in the arts, culture, and gastronomy. One of the most dynamic and...
continue reading 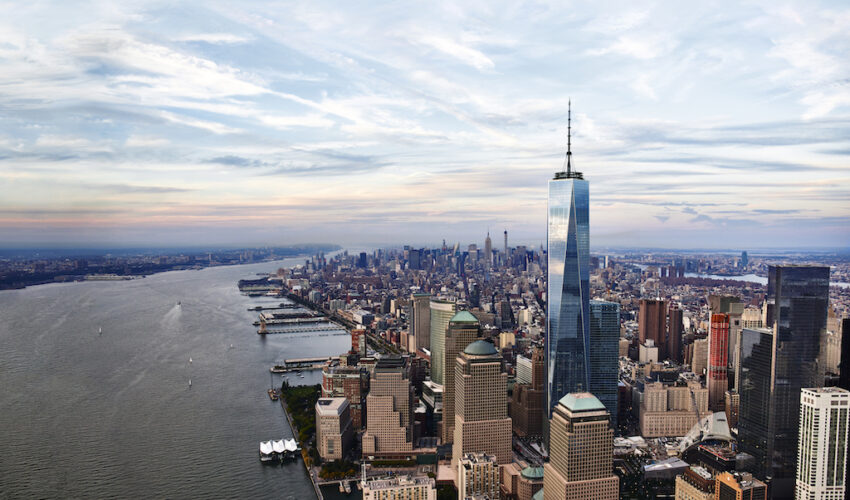 ONE WORLD OBERVATORY, A UNIQUE EXPERIENCE IN NEW YORK CITY
One World Observatory is a major destination in downtown Manhattan and will be a highlight of summer travel, providing guests with unique,...
continue reading

Please go to the Instagram Feed settings page to create a feed. 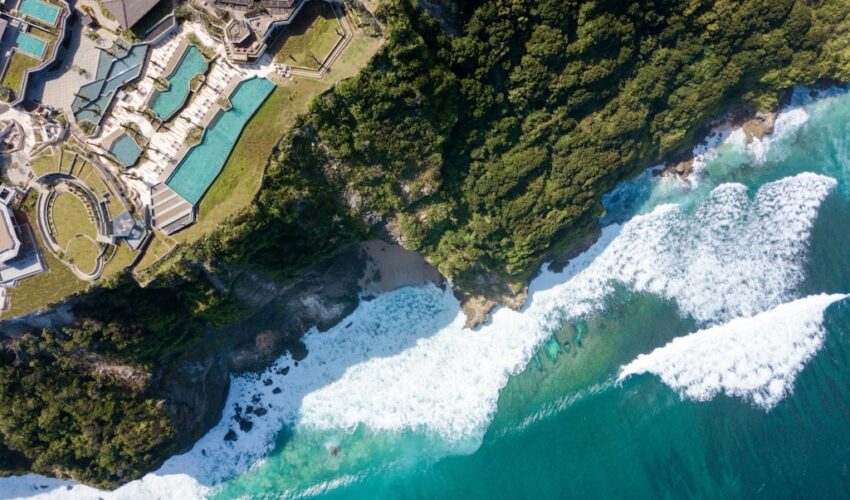 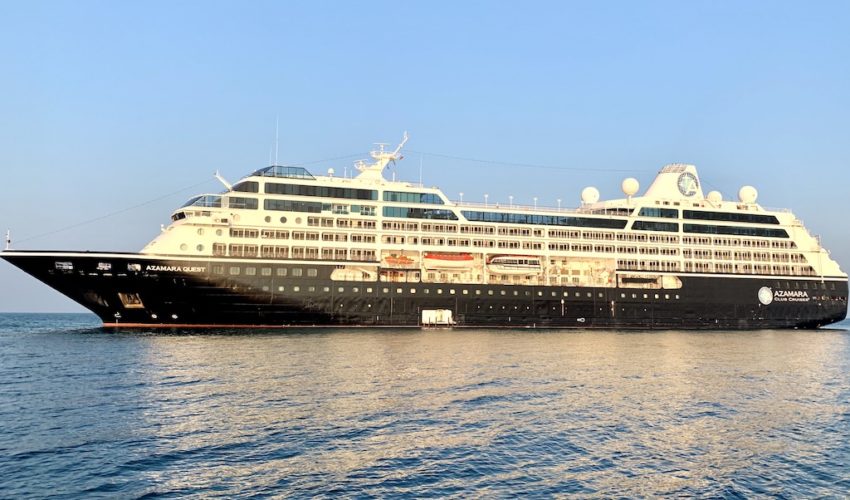 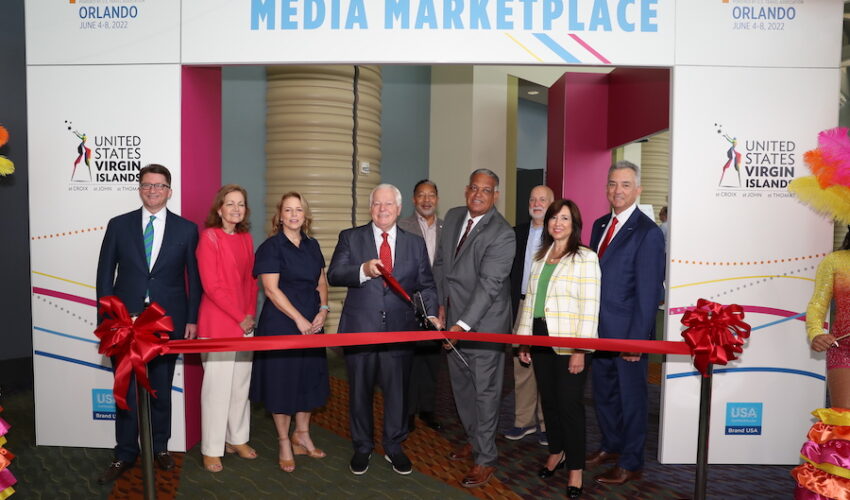 IPW 2022 MADE ORLANDO THE INTERNATIONAL TRAVEL BUSINESS CAPITAL
After 2 years of COVID-19 pandemic, which deeply affected travel industry all over the world, IPW 2022 proved, once again, that The United States...
continue reading